Everyone encounters various incidents throughout his life. Some are tragic, some are funny and some are super hilarious. There are few you forget over the time, but there are some incidents that stick to your memory always.

I would like to share some of such incidents, some of which I was a victim of, and some which I  witnessed. Hope you have a good laugh while going through these incidents. Who me?? I am still laughing 😀

While returning from Gujarat on a family trip, we were waiting for our train. There was a train already standing on the platform on which our train was expected to come.
While that train started leaving the platform, suddenly, an old man, in his sixties, started running towards the train.

Then there was a hero entry of PRASHANT BHAI, who came near the door of his coach. He saw the old man running.

We assumed that PRASHANT BHAI would give his hand to the running man, and help him to get into the train. (Yes, finally I was going to watch DDLJ scene, LIVE..I was so excited)

Worried, astonished  PRASHANT BHAI threw all his luggage out of the train.
He then jumped out of the running train. Once I was going on a trip with my family by a private bus. We were all very enthusiastic and excited for the trip. The bus was on a highway. I was standing on the passage of the bus, and explaining a movie to others, with the help of sign language. The bus driver had brought a boy along with him, for assisting him who stood near the door of the bus. It went on like this :

When I was in school, we used to have assembly every day, before the lectures would start. In the assembly we all stood, joined hands and recited prayers. One fine day, while the prayers were on, my mind got diverted to some random thoughts, I forgot that we were praying. The prayer got over, and everyone, except me, got seated. I was still standing in the position of praying, mentally in some other world. I did not realise that the prayer is over, and all others are seated.
In a while, everyone realised that I am still standing. They all decided not to tell me about it, and enjoy the scene. My friends were also looking at me, but they also decided to be silent. As it is said, ‘ HAR EK FRIEND KAMINA HOTA HAI ‘.

Somehow I came to know that the prayers are over. On realising this, I sat immediately. The entire class laughed on me and for months my friends kept asking me, what thoughts I was into. Shhh, they were good thoughts, I am not serious 😀 I was returning from my college with a friend. I noticed a pedestrian, who was looking for people who are coming in groups. Those kind of people who were not looking towards the road, but were engrossed in their own group talks. This pedestrian would go towards such group, select a particular person, and scare him/her by shouting at him/her suddenly.

I bought my friend’s attention to that pedestrian. We decided to observe that pedestrian for a while. One by one, groups kept coming, and he kept scaring people. In a particular group, a boy got so scared with the prank, that as soon as the pedestrian shouted,he ran towards the other side of the road. 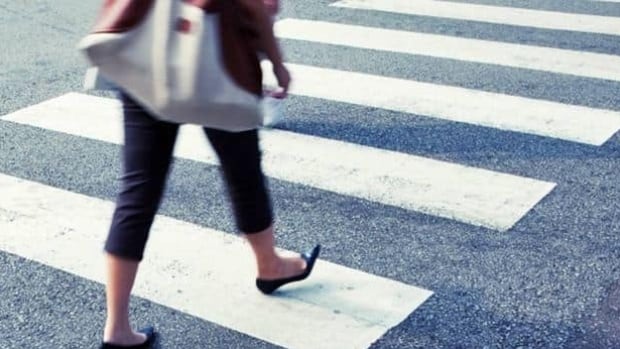 Once I went to a resort, there was a water slide where one could come down with only a ring, where one cannot go without that ring at all.
I was standing down, suddenly I saw only the ring coming down, without any person sitting on it. After a while, a person came following the ring. When the person had started the slide, he slipped from the ring. So the ring came down and he was left without ring on the ride. I was waiting at the station for my train. When the train arrived, I got seated. People started calling my name..

I looked everywhere, but I could not recognize anybody, all were strangers. The train was crowded. After a while, I could again hear people calling me.

This time they were saying, ” Karan, give me your bag”
I was confused as to Who is calling me? Who wants my bag? Felt scared too.
Then I turned back and realized the other person, whose name was also Karan, had got into the train along with me, and people were calling ‘that’ Karan.